How difficult could it be | Mask Anxiety

Debbie, Volunteer Lead for Age UK Cornwall, has written an emotional story which shares her experience of anxiety with face coverings and masks. The story has been written in her own words.

They have been talking about it for months!

It has been about 4 months to be precise. ‘Yes’, ‘no’ and ‘sometimes’ were all viable options.

Whilst it was ‘no’ and just a general discussion point, I was ok. Then it became, ‘sometimes’. Whilst it was limited to travel, I was ok. After all, I have a car and using public transport to get to work isn’t a viable option. Even when hairdressers were added in, I was ok. I know I need a haircut but honestly, a few more months won’t make too much difference – I kept telling myself!

Just thinking about buying it and the thought of having to use it was bad enough. When it arrived in the post, I couldn’t even get it out of the packet. I had another week before I had to face that fear. Plenty of other things to be getting on with. I ignored it! I ignored the fact that the date to wear it was getting closer and closer.

Sharing my anxiety with the people I care for

However, I did share with one person who understood how difficult it was for me. Her reaction, her understanding and empathy allowed me to take those first tentative steps. She gave me permission ‘to not be ok’ with it.

She gave me a strategy to follow, something to hold on to. Something that could work. For the first time, I felt supported and kept thinking about the moment I could tell her ‘I’d done it’.

Well, I tried it on 2 days later. First for just a split second. I was shaking and I cried, thinking this will never work. I made a coffee, stroked the dog and tried again. Ok, that was better…. It felt like forever, but it was just a few seconds. OK, so I still shook and cried, but I had got it on. After a while, I tried again. The house was empty bar me and the dog. I had time and space to do it at my pace. I did it again, and again. OK, so I was still crying but I did it. I even managed to look at myself in the mirror. I just looked like everyone else. Everyone wearing a face covering. I took a deep breath.

This time, I took a deep breath with the covering on. Up until now, I’d been holding my breath. Nothing bad had happened. It felt a bit weird and smelled odd, but actually, not nearly as bad as my head had led me to believe. I put it in my handbag for the first time.

I had to go out, and on the journey home, to avoid the A30, I travelled the backroads. I passed a Farm Shop. I’d never been there before, and it was early yet - so it would be almost empty. I turned around as I was thinking, ‘this is it. This is the place’. 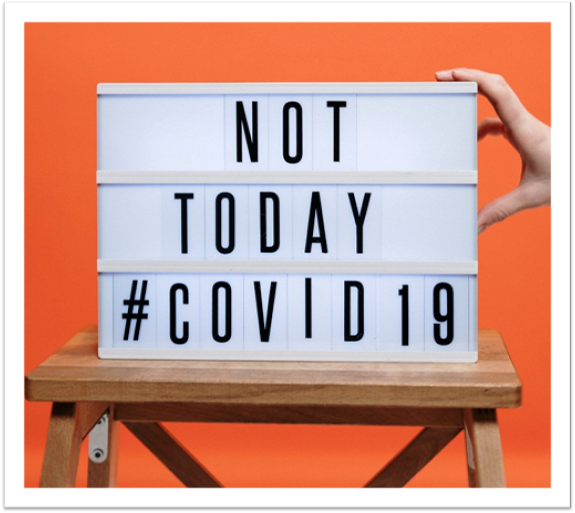 Someone else came out and he was wearing one. I put mine on just outside the entrance door. It felt strange, very strange. I had to remind myself to breathe. It was a lovely Farm Shop, lots to see. I think that helped. I became distracted. Then I needed to speak to the staff to order some cheese. Speaking whilst wearing it was something else, I felt my voice was muffled but then I thought ‘so is hers’. I even managed to talk to the checkout staff.

I have done it!

Yes, ok, so the moment I went through the exit doors, the covering came off. I sat in my car shaking and crying, but I’d done it!

The relief I felt was overwhelming. I messaged my friend. She was ecstatic too. I couldn’t have done it without her. What did I take from my experience? The thought of something is invariably worse than the real thing. We all need a helping hand from time to time. Reach out to someone when you’re struggling, you may be surprised the difference it makes.

Difficult? Absolutely, but not impossible!

The link below explains why masks can cause difficult feelings and gives practical tips on how to cope.

Age UK Cornwall & The Isles of Scilly is an independent charity working in Cornwall to offer...

Submit a service or social group in your area.

Tell everyone about an event in your community.